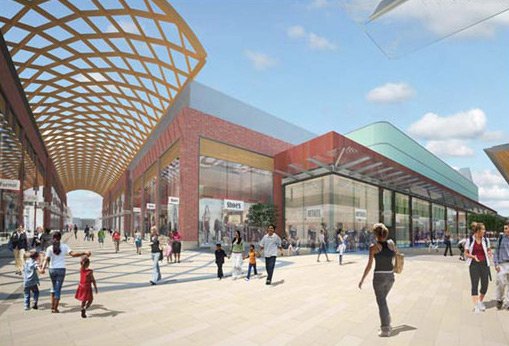 Surveys show, 85% of people say Bracknell is a great place to live and that it is one of the best 20 places to live.

“Since 2010, Bracknell Constituency has seen the generation of over 200 new businesses, with the claimant rate and youth unemployment rate falling to below 1%, with £240m investment in Bracknell Town Centre regeneration – full employment in the area is a real possibility.” – Dr Phillip Lee

Bracknell has seen massive amounts of regeneration, including the transport system being overhauled with improvements at Bracknell rail station and £6.5 million is being spent on roads in the borough.

In addition, the £240 million redevelopment of Bracknell town centre; the new one million sqft Lexicon centre includes 70 new shops, restaurants and a cinema.

The towns remodelling is being led by the Bracknell Regeneration Partnership, a 50/50 joint venture vehicle between Legal & General’s Life Fund and the Schroder Exempt Property Unit Trust.

Bracknell is fast becoming a top economic area, with very low unemployment and businesses springing up everywhere, including the handy proximity to Heathrow and London, it is clearly going to be a great place to work and do business.

The towns regeneration is likely also to act as a catalyst to bring more investment and more business into the area.