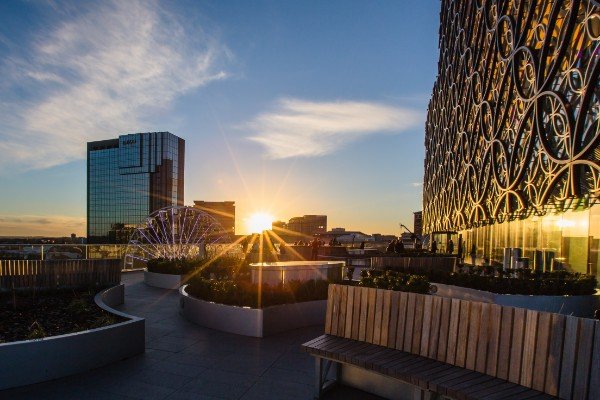 Why is Birmingham a good place to buy?

Since the time of the Industrial Revolution, Birmingham has been a landmark city. Often nicknamed Britain’s Second City, it is renowned for its culture and history as well as its vast business opportunities.

It boasts a huge financial sector and a strategic position in close proximity to other major UK cities. Those in the know are snapping up property in Birmingham already. So, why exactly is it such a good place to buy?

The multi-billion-pound project that is the High-Speed railway line HS2 is the most popular story coming out of Birmingham right now. On its completion, the HS2 will reduce Birmingham to London travel time to just 49 minutes.

This is ideal for those seeking to invest in buy to let property. Research already shows that the number of people leaving London for a regional UK city has hit a 10-year high. This option of a super-fast commute from Birmingham back to the capital may well prove the final push for those people tempted to leave the high prices and overly bright lights for a more manageable pace of life in the Midlands.

It also means that those taking up a new job in London would consider Birmingham as a realistic alternative. This increase in demand will push up house prices and see a positive return in both rental income and capital growth. Phase two of HS2 will drastically reduce travel times to other major cities including Manchester and Leeds, which again is likely to have a positive impact for property investors.

Along with an expected £4 billion increase in economic output, this is good news for those seeking easy access to the highest quality job opportunities both in and around Birmingham and Solihull as well as further afield. It’s good news for commuters around Birmingham as road congestion is expected to ease up significantly on completion of the line. And it’s very good news for those investing in property, as prices will no doubt soar in line with the improved transport system and increase in job opportunities.

Alongside the development of HS2, there are plenty of other regeneration projects taking place around the city that continue to grow its appeal to both property investors and renters alike. 2017 saw more than 500,000 square feet of new office space taken up, with major companies including PWC staking their claim in the city.

But the project that has everyone talking is the city’s £500 million Paradise development. This is an urban regeneration masterpiece that is set to transform the heart of Birmingham. Covering 1.8 million square feet, it will include ten new buildings with offices, shops, bars, cafés, restaurants and a 4* hotel as well as a network of outdoor squares and streets. Site preparation began back in 2015 with projected finish in 2026.

Elsewhere, the completion of a £40 million airport runway extension allows the operation of the only direct UK to China flights outside of London while new tram lines will extend access between the central parts of the city.

As you can see, major investments are being made city-wide into such regeneration projects which makes rental yields a highly attractive prospect for property investors. There are a number of important factors to consider when choosing your property such as regeneration projects, local amenities and transport links (both current and once HS2 is fully complete).

You should also consider the type of tenant that you would ideally like to attract. While this cannot be guaranteed, this would affect whether you choose a property in a popular student area or a home that is likely to appeal to professionals commuting down to London or elsewhere.

The landscape only looks set to grow more attractive for property investors. Major companies including the Bank of England, HSBC and Deutsche Bank are either considering moving all or part of their operations to the “new London” or have already completed the move.

Research shows that one in five tech workers in London are considering a move to regional cities such as Birmingham for an improved quality of life and lower living costs. Even Channel 4 are in the final stages of moving hundreds of their employees out of London, with Birmingham one of the top final contenders for the relocation.

For advice and guidance on investing in buy to let property in the city of Birmingham including our most highly recommended postcodes and the best type of property investment to complement your portfolio, contact Alesco today on 0203 281 7433 or email info@alescoproperty.com

Click here to see our latest developments in Birmingham.