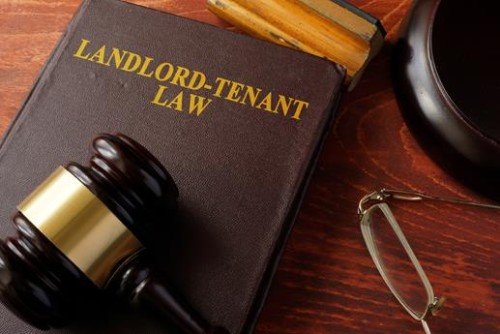 The Lowdown on the Tenant Fees Bill Report

This means understanding the fundamentals on which the market is established as well as ongoing developments. All of this knowledge will stand you in good stead to make wise, informed decisions about your investment portfolio.

The latest news item to come off the property press this week is the developments taking place with the Tenant Fees Bill. This has come about after Sadiq Khan labeled the legislation as “unfit for purpose” when some proposals were backtracked with calls to update the Bill to effect positive changes in the UK housing market.

Parliament sat for the third reading of the Bill earlier this month. The aim was to protect private renters by catching out unscrupulous and exploitative landlords. In the run-up to the reading, there was talk of banning upfront letting and agency fees, and capping tenant deposits.

The latter has been a major bone of contention with the initial promise to cap at four weeks extended to six weeks, in a move that could especially harm those renting in more expensive parts of the country.

After the initial reading, some major progress was made and the Bill was passed through its third reading at the House of Commons. The government did drop plans to make three-year fixed-term tenancies mandatory for local authority tenants, acknowledging that fixed term works in the right circumstances but this measure may affect those in adverse situations.

However, tenants were given a new level of security by amendments to the Bill with a default fee provision where a landlord or agent will only be able to recover reasonable incurred costs, and must provide evidence before they can do so.

The example given to reduce “excessive fees for minor damages” was the need to replace a smoke alarm at a cost of £60 where the tenant may be charged hundreds of pounds.

Amendments were also made to ensure that tenants would get back any unlawfully charged monies more quickly from their landlords or agents with the timeframe of 14-28 days reduced to 7-14 days.

It is the 2.4 million private renters in London who have particular cause for concern. Research shows an exceptionally high level of non-compliance from letting agents regarding the requirement to display fees and other information.

With rising rents, large deposits and many landlords overcharging their tenants, this lack of transparency is perhaps unsurprising and obviously a cause for concern. However, progress is being made as Trading Standards are working alongside key government figures to roll out changes and protect renters.

Housing Minister Heather Wheeler has already announced that the new measures will save renters around £240 million a year by banning unfair letting fees and capping tenancy deposits. The new regulations will also only allow those letting agents that join a Government approved client money protection scheme to handle renters’ money.

The next stage of the Tenant Fees Bill through Parliament will be its Second Reading in the House of Lords on October 10.

We expect to see focus on amendments that were rejected in the Commons this month including a proposal from Labour to increase potential maximum fines for rogue landlords from £5000 to £30,000 for first offences and unlimited fines for any further offences. Their reasoning was that this would stop landlords and agents introducing unfair fees into tenancy agreements.

It was also suggested to increase fines and remove the cap on the amount landlords must pay if they imposed unfair charges. If we stay on track and the bill is passed into law next year, then it will effectively ban the levying of letting agents’ fees on tenants in England.

We are fully on board with all of these changes that look set to clean up the housing market, effect positive change for tenants and make private rented accommodation more accessible and secure for all.

These changes also help to establish a positive landscape and context for those wishing to act as buy to let landlords as the “bad eggs” are filtered out and those who do such a good job can enjoy a fairer playing field.

We have plenty of buy to let opportunities available for both new and experienced landlords to expand and complement a strong portfolio.

For more information on any aspect of property investment, buy to let and landlord responsibilities, contact Alesco today by phone at 0203 281 7434 or email info@alescoproperty.com