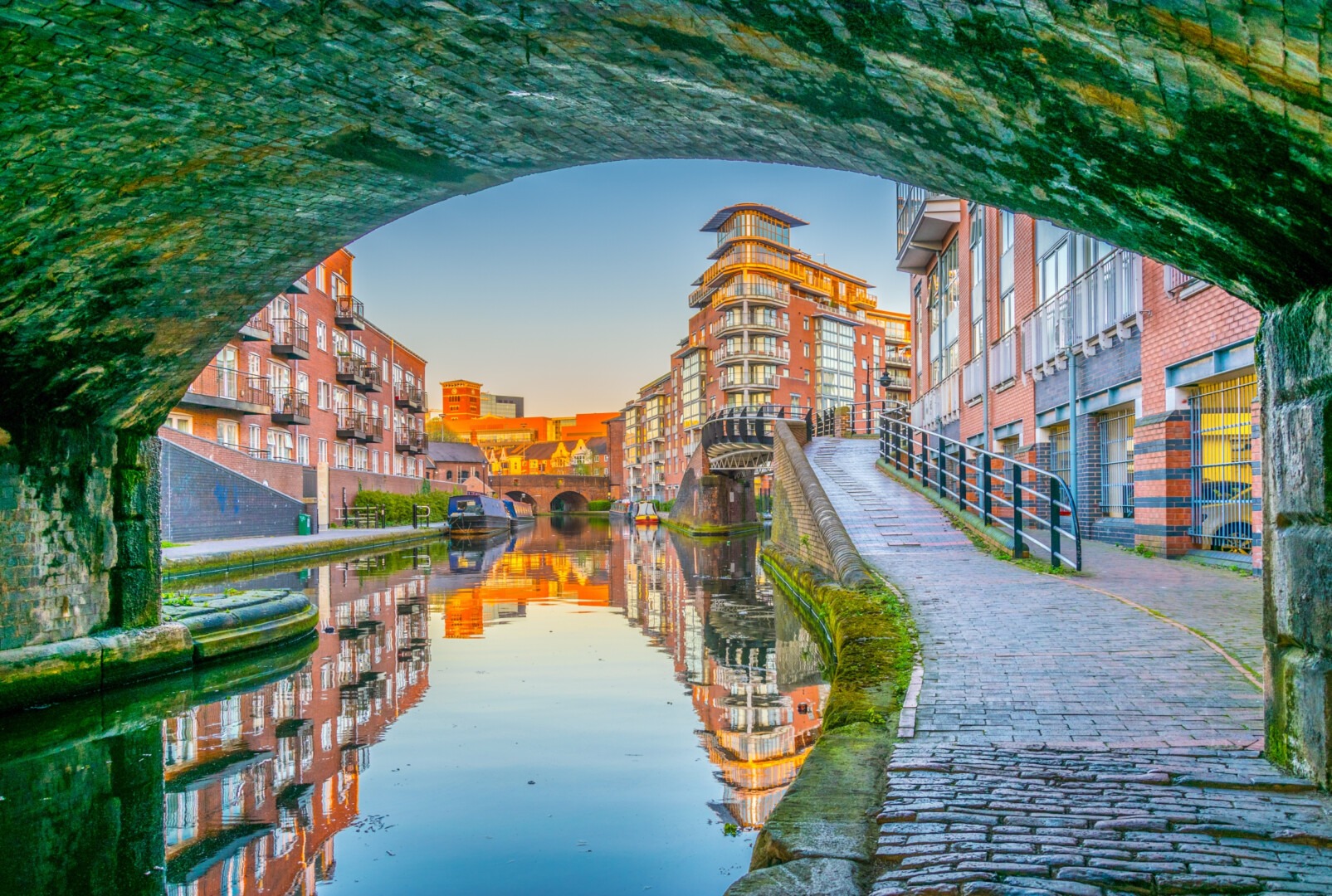 The largest city economy outside of London – Birmingham means business. The city has seen significant growth in recent years, with a total GVA of £29 billion in the pre-pandemic era. Such growth can be accounted for, in part by the increasing number of major banks such as HSBC, Lloyds and Deutsche Bank relocating their headquarters to the city.

It’s not just major banks who are making their moves, in the last year, the number of businesses in the city has grown 13% – three times the average rate of growth in the UK. The city has evolved into a sustainable economy, with a huge diversity of industrial and economic sectors including the financial and professional services, food manufacturing, green and renewable energies industry, and digital and creative companies– future proofing the city’s economic growth.

With the expectation of restaurants, theatres and music venues re-opening after a year of Covid-19 restrictions, Birmingham will soon be a thriving city centre once again, welcoming thousands of local residents and visitors to enjoy all the city has to offer.

Regional cities within the UK have witnessed a huge surge in tenant demand. According to the Rental Market Demand Review, the first quarter of 2021 saw rental requirements increase from 10.4% to 37.6%. The mass vaccine rollout and subsequent easing of restrictions can account for this level of growth, a trajectory which is expected to continue as we enter a post-Covid era.

Out of all UK cities, Birmingham leads the way in rental demand with figures showing a 25.2% increase from Q4 2020 to Q1 2021 – the largest growth in rental demand. The buzz of city centre living has likely led renters to move back to urban areas, especially among the young professional and student community. This has driven and will continue to drive demand in the coming months as university students start their academic year at 1 of the 5 universities in the city: Aston University, Birmingham City University, University of Birmingham, Newman University, and University College Birmingham. Within a one-hour radius of the city, there are 20 more universities – including three Russell Group institutions. This supports statistics which show that 40% of Birmingham’s population is under the age of 25, leading to it being awarded as ‘The Youngest City in Europe. This type of demographic pool makes up a significant part of the Birmingham rental market, which in turn, makes the city a hotspot for buy-to-let investment opportunities.

According to regional figures from Nationwide, the West Midlands region saw the second highest UK annual house price growth of 7.5%, nearly double the amount of seen in London which experienced just 4.8% growth. Interestingly, the regions which saw the highest rate of growth are home to some of the most affordable prices on the market. According to Zoopla House Prices in 2020, average UK house prices were £222,900, yet the average prices in Birmingham were well below this at £172,600. Buying property in the ‘second city’ is highly affordable yet benefits from some of the highest rates of capital appreciation in the UK – making Birmingham a lucrative area for property investments.

According to Savill’s 5-year house price forecasts, the West Midlands region is expected to grow by 24.0%, double the amount forecast for London properties. These figures reflect the regional variations of growth across the market, indicating a positive outlook for regional areas as the search for space continues to dominate the property market.

Aligned with this, JLL forecasts Birmingham to see the highest rate of growth in house prices and rental value over the next 5 years – such growth is based on developments such as the HS2, 2022 Commonwealth Games and the significant undersupply of housing in the region.

An Area Rich In Regeneration

Birmingham has seen significant regeneration plans in recent years with the development of New Street Station, Eastside Locks, and the Paradise City development, all playing a major part in the growing transformation of the city. One of the most significant schemes is the ‘Big City Plan’ – a 20-year plan providing 65,000 square metres of new and improved public spaces, creating 50,000 new jobs and contributing £2.1 billion to the economy each year.

The Jewellery quarter has also undergone immense regeneration, and is now home to more than 100 retailers, diamond dealers, and workshops, offering a vibrant place for a large community of businesses and residents, boasting property values at 177% higher than 20 years ago.

Looking forward, Birmingham is set to host the 2022 Commonwealth Games, placing the city on a global stage. As a result, redevelopment work will continue on the Alexander Stadium throughout 2021 to transform it into a high-profile, all-encompassing venue. The games are expected to generate £526 million to the regional economy and create thousands of new jobs. Looking beyond the major international sport event, the enhanced stadium will be a hub for health, fitness and academic activities among the local community.

Transport and travel are also key focal points for regeneration.

HS2, the single largest investment in transport infrastructure, is due for completion in 2031, reducing journey time from Birmingham New Street to London by 40%. The development is set to create 175,000 new jobs in the region, generating a £20 billion increase in GVA levels across the West Midlands and a total of £92bn in benefits to the UK economy.

As the development comes into fruition, the savvy investor knows properties within close proximity to the HS2 rail will significantly grow in price – Savills expect properties surrounding major railway stations to increase in price growth by 0.7% each year.

As a city who has become the most popular destination for people moving out of the Capital, we are delighted to present Westminster Works. Westminster Works is a collection of 220 quality apartments set over seven storeys, with residents having access to a communal courtyard and a roof garden that offers stunning views of the city. The development is located close to the proposed station for HS2 – making the apartments an ideal base for commuters to the north and south.

East and Green is a striking modern development situated in the centre of Digbeth’s regeneration, just a 5-minute walk from The Custard Factory and Smithfield and just 20-minutes to the city centre. The building is comprised of high specification one- and two-bedroom apartments with floor-to-ceiling windows offering sweeping views of Birmingham and surrounding areas.