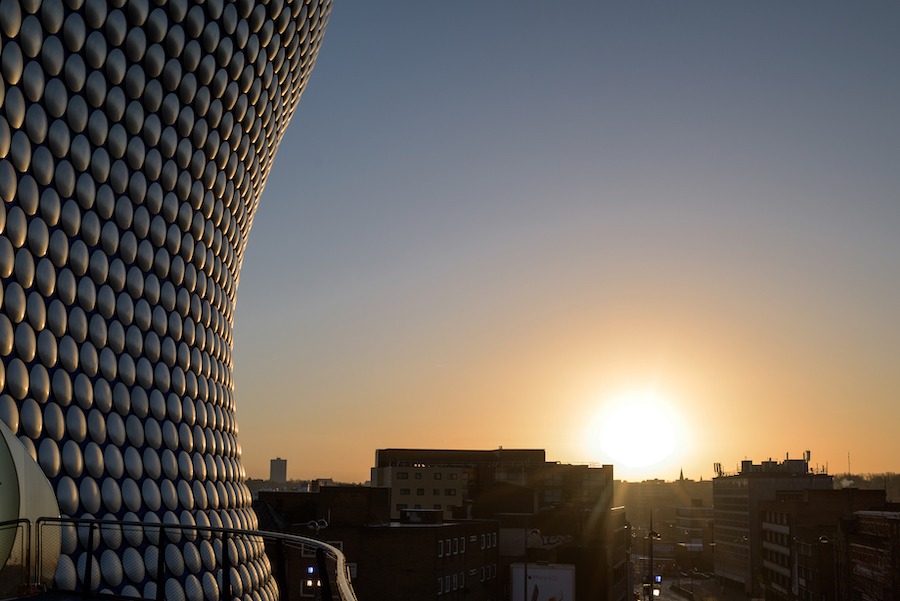 The CWG is set to be the biggest event ever hosted by the West Midlands region, specifically Birmingham, with more than a million live spectators and an estimated global TV audience of 1.5 billion, offering the ideal opportunity to show the world what the region has to offer.

The city will receive a total of £778m worth of investment split across central government, Birmingham City Council and key partners with every effort being made to make 2022 a year of celebration and grasp every opportunity to implement long-lasting positive change.

As a long-term investment, the games will benefit Birmingham and the wider West Midlands region through job creation, improved skills, business, trade and export opportunities, cultural engagement, and increased tourism. The Transformation 2022 strategic plan underpins the entire process and further boosts the benefits Birmingham will receive by keeping operational costs down in order to maximise the value of the event to the region.

Key construction projects have been implemented city-wide, creating thousands of new jobs and providing a boost to the local economy. Among some of the most exciting projects, the Sandwell Aquatics Centre is a £73m project funded by partners including Sandwell Council, the Birmingham 2022 Commonwealth Games budget, Sport England, Black Country Local Enterprise Partnership and the University of Wolverhampton.

As a brand new, state-of-the-art competition venue that will host the swimming and diving portion of the Games, the centre will act as an important leisure destination and aquatics centre once the CWG are complete, with facilities including a £50m Olympic-sized swimming pool, 25m diving pool, an urban park and a variety of activity studios.

The Perry Barr regeneration project is another of the most significant currently underway, with the £496m development that will serve as the Commonwealth Games Village for the duration of the event after which it  will offer 1400 new homes with a total of 5000 new homes across the surrounding areas.

As part of a long-term regeneration plan for Perry Barr and its surrounds, this development acts as a legacy for the inner city areas with a high-quality new residential neighbourhood to ease the housing shortage and deliver new infrastructure and jobs to the local community. The new Prince Albert High School will welcome more than 1000 pupils and support the young local population to enhance the area further.

Transport is another key focus. The planned demolition of the A34 flyover will bring all traffic to ground level and the capping of the Birchfield Island will streamline and improve local transport routes both to and within the Perry Barr area. Elsewhere, £110m is being invested into the Sprint bus route, a new service spanning the region including routes across Sutton Coldfield, Langley, Birmingham Airport and Walsall.

The A34 route will directly serve the Athletes Village and Alexander Stadium, the latter of which is primed to host the flagship opening and closing ceremonies of the CWG 2022. With the stadium’s redevelopment another key focus of development surrounding the CWG, once the renovations are complete, its capacity will permanently increase from 12,700 to 18,000.

Another major transport project and economic boost was approved this week as the West Midlands Combined Authority confirmed a £56 million University Station redevelopment, aimed for completion prior to the CWG. Designed to ease congestion, make journeys more reliable and improve air quality on the mission towards a zero-carbon economy, the project includes a larger, modern station with enhanced facilities that will serve upwards of 7.2 million passengers every year.

In a prime example of the strategic partnerships formed across every aspect of the CWG investment projects, the University Station redevelopment is being funded and developed by a consortium headed up by Transport for West Midlands and including the University of Birmingham, Birmingham City Council, Network Rail and West Midlands Trains, among others.

With a focus on supporting local business, Birmingham 2022 has recently announced the names of 10 local companies it will work with ahead of and during the CWG in a bid to bring economic benefits to the area. Chosen from more than 130 applicants, the marketing and creative businesses will be working across the board to support the games including PR and events support, design and creative services, mascot production, customer insights and customer relations management.

In turn, the companies have also demonstrated their commitment to social value including creating apprenticeships, outreach programmes for schools and collaborating with nearby universities.

As we continue to see investment being unlocked across the region with improvements to connectivity and the quality of living thanks to significant inward funding and legacy initiatives, we are also seeing a whole host of exciting property investment prospects. Our team at Alesco can offer our clients first-hand access to key property investment opportunities across the city with our interests currently focused on two key developments.

The first is the luxury Equipoint development situated in an enviable location between Birmingham City Centre and Solihull. Comprised of 247 1-3 bedroom apartments and situated in close proximity to good transport links and local amenities, prices start at just £119,000 with projected net yields of 6%.

We are also proud to introduce the Westminster Works development to our clients. Offering an excellent commuter location and city living within a collection of one- or two-bed 220 quality apartments in a seven-storey structure, the unit includes access to a communal courtyard and roof garden with stunning panoramic city vistas. With a postcode on the edge of the Southern Gateway £1 billion regeneration zone and close to the proposed station for the HS2 high-speed rail network, prices start from just £168,632 with investors benefiting from an experienced management company for a stress-free experience.